The 33rd Annual Annapolis Opera Vocal Competition is your opportunity to hear the most talented rising stars in the classical vocal world! This free event showcases singers selected  by a panel of renowned judges, from hundreds of outstanding applicants from across the nation.

FREE AND OPEN TO THE PUBLIC –
NO TICKETS REQUIRED

The Annapolis Opera is committed to providing our patrons, staff, and performers the safest environment possible. To create a safe space for all, the Opera requires all patrons to provide proof of vaccination card or a negative PCR/Rapid Antigen Test taken within 48 hours of entry to all Opera events. This may be provided as a picture of your vaccination card or test results dated on your cell phone or showing your card or documented test results in paper form at the check in desk prior to entry. The Opera requires all staff and performers to meet these standards. Directional signs will assist patrons to locate the entry points for check in.

In addition, and in compliance with each venue’s COVID-19 policy, audience members are required to wear masks in all indoor spaces, regardless of their vaccination status.

Please note that if you do not have proof of vaccination or proof of a negative test taken within 48 hours, you will not be allowed to attend.

CONGRATULATIONS TO OUR 2022 WINNERS

CONGRATULATIONS TO OUR 2022 FINALISTS

CONGRATULATIONS TO OUR 2022 SEMI-FINALISTS

Director Tara Faircloth’s work has been seen widely across the nation. In addition to having directing Lyric Opera of Chicago’s season opener for 2019/20 (The Barber of Seville), in recent seasons, Faircloth created new productions of The Little Prince (Utah Opera), The Merry Wives of Windsor (Juilliard Opera), Ariadne auf Naxos (Wolf Trap Opera), Il re pastore (Merola Opera), Agrippina (Ars Lyrica Houston), and L’incoronazione di Poppea (Boston Baroque). She is currently working on several major new productions, including Emmeline (Tulsa Opera) and La Traviata (Opera Santa Barbara), as well as a new multi-discipline work based on the Ariadne myth set to the music of Monteverdi.    The Baroque repertoire is of special interest to Faircloth, who made her directorial debut with Ars Lyrica Houston’s production of Cain: Il primo omicidio in 2003 and has since designed and directed numerous productions for the company. She is the Drama Instructor for the Houston Grand Opera Studio, and regularly coaches the fine singers at Rice University. 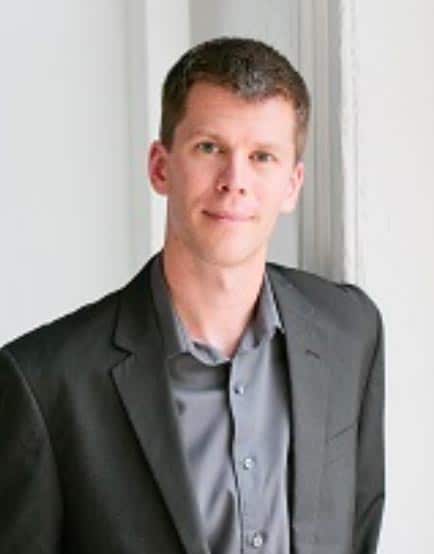 American Conductor Craig Kier has already received high praise for his “Tesla-like intensity” and “impeccable orchestral support” while leading performances throughout the United States and on international stages. Since becoming the Director of the Maryland Opera Studio at The University of Maryland, Mr. Kier has expanded the footprint of the program’s activities. Beginning in the 2015-2016 season, he has led an annual commissioning prize as part of the Maryland Opera Studio New Work Reading Series, giving composers and librettists an opportunity to cultivate their creative voices, emerging artists an opportunity to work directly with a creative team on a work written specifically for them, and audiences an opportunity to be exposed to new work and observe the creative process. Along with his dedication to the development of New Work, Mr. Kier organized a festival celebrating the work of Kurt Weill, in coordination with The Kurt Weill Foundation for Music, which included his leading performances of The Road of Promise, Mahagonny Songspiel, and Street Scene. Recent performances in the season included his debut with Indianapolis Opera leading La bohème, his return to Opera Birmingham for Tosca, performances of The Nutcracker for Houston Ballet, and his debut leading the Schwabacher Summer Concert for San Francisco Opera’s Merola Opera Program.

In the current season, Kier leads Tosca for Annapolis Opera, continues his relationship with the National Symphony Orchestra and their music director, Gianandrea Noseda, leads performances of The Nutcracker with Houston Ballet, and shares the podium for Houston Ballet’s Jubilee of Dancein celebration of their 50th Anniversary. He also leads Ariodante and The Cunning Little Vixenwith Maryland Opera Studio and returns to Brevard Music Center, leading their Opera’s Greatest Hits Concert and Die Entführung aus dem Serail.

Recent appearances for Mr. Kier include his debut with La Cenerentola at Brevard Music Center, with Wolf Trap Opera conducting Britten’s The Rape of Lucretia, his debut with Arizona Opera leading Madama Butterfly, and his debut with Opera Saratoga conducting Verdi’s Falstaff. Mr. Kier enjoys long relationships with several organizations including Opera Birmingham, for whom he has already conducted La traviata and Hamlet, and with Houston Ballet, for whom he has conducted The Nutcracker since 2011.

American collaborative artist Justina Lee has served as assistant conductor, pianist, and coach for such companies such as The Metropolitan Opera, Washington National Opera, Seattle Opera, Opera Theatre of St. Louis, The Castleton Festival, and Wolf Trap Opera Company. A frequent collaborator with acclaimed tenor Lawrence Brownlee, she appears with him on National Public Radio’s Tiny Desk Concert series. Additional recital highlights include collaborations with Lisette Oropesa, Dimitri Pittas, Tamara Wilson, Linda Mabbs, and Gordon Hawkins. Ms. Lee has appeared under the auspices of the Marilyn Horne Foundation residency program and on recital series that include On Wings of Song at Carnegie Hall, the Harriman-Jewell Series, the Washington Performing Arts Series at The Kennedy Center, and on Renée Fleming’s VOICES recital series. She can also be seen on medici.tv as pianist for Carnegie Hall’s Weill Music Institute masterclasses with Joyce DiDonato.

Ms. Lee is an alumna of the distinguished Lindemann Young Artist Development Program at The Metropolitan Opera and holds degrees from the University of California, Los Angeles, and the Manhattan School of Music. She joined the University of Maryland, College Park faculty in 2008 and currently serves as Principal Coach of the Maryland Opera Studio.

Having performed more than 55 roles with companies nationally (Seattle, Minnesota, San Diego Opera, etc.) and abroad, mezzo-soprano Adriana Zabala has also created roles in 7 American operas and dramatic works, including the title roles in Sister Carrie and The Trial of Susan B. Anthony, and the role of Sister James in Doubt, recently broadcast on PBS’ Great Performances. She has been a guest soloist with orchestras including the Minnesota Orchestra, the Orchestra of St. Luke’s, the New Jersey Symphony, and the Handel and Hayden Society, and has appeared in recital at the Kennedy Center, Carnegie Hall, Wolf Trap, the Source Song Festival, and NYFOS. She is featured on several recordings including the premieres of Viardot’s Le Dernier Sorcier and Aldridge’s Sister Carrie, and is an alumna of LSU, CCM, and young artist programs at the Santa Fe, Seattle, and Wolf Trap Operas. Ms. Zabala was recently named a Distinguished Vocal Artist of the American Prize, 2021. Upcoming activities include the title role of Nadia Boulanger in Nadia, reprising the role of Paula in the Spanish premiere of Florence en el Amazon’s with Opera Tenerife, her role debut of Madeline in Three Decembers with Berkshire Opera, and two world premiere recordings, Song Cycles of Dominick Argento, and Steal a Pencil for Me with Opera Colorado. Zabala is a frequent adjudicator for the Metropolitan Opera Laffont Competition, and is a member of the National Association of Teachers of Singing, the National Opera Association, and Opera America. She was Fulbright Scholar at the Mozarteum and is an associate professor of voice at Yale University. Professor Zabala is passionately committed to helping each singer uniquely experience and share the transformative art of singing, in mind, body and soul – her students perform on stages throughout the world.

CONGRATULATIONS TO OUR VOCAL COMPETITION WINNERS