For many people, attending the opera for the first time can be intimidating. For those new to opera, we have prepared these frequently asked questions that we suggest you review prior to attending your first performance.

An opera is a staged dramatic work that is entirely sung. However, there are many exceptions to this rule. There are operas in which the actors sing in between spoken dialogue, and others that are semi-staged.

Where did opera originate?

The origins of opera are not entirely cut and dry. There are a variety of factors that may have led to the creation of modern opera, perhaps the earliest being plays from Ancient Greece where music was inserted.

During the renaissance period, intermedi (musical works often sang to the accompaniment of staged actions or dance) closed each act. As time progressed, intermedi became more elaborate. The most famous intermedi was performed between the acts of Girolamo Bargagli’s comedy La pellegrina for the Medici wedding of 1589. It consisted of six intermedi, all of which were sung entirely. Three of the six intermedi portrayed the story of Apollo and the Python, which subsequently influenced the creation of the first opera ten years later. Although, musically speaking, the intermdi had no influence over the operatic style of dramatic dialogue.

In the second half of the 16th century, entertainers hired to perform during courtly banquets or high-class parties, commonly known as Mascherate, slowly gained popularity. The polyphonic madrigal comedies belong to this type of entertainment; many of which were staged in private rooms and residences.

The origins of opera can also be linked to the commedia dellarte (improvised drama). The actors in these plays had to be intelligent according to Mantzius, who wrote History of the Theatrical Art. The actors had to find the proper words to make the tears flow or the laughter ring; they had to catch the sallies of their fellow-actors on the wing and return them with prompt repartee. The dialogue must go like a merry game of ball or spirited sword-play, with ease and without a pause. Commediea dellarte mainly influenced the formation of many librettos from the mid-17th century.

What should I wear to the opera?

Formal dress is not required for opera patrons. Most men come in business attire, and women typically wear a nice dress or dressy pants. But the reality is that anything goes, from jeans to your favorite evening gown!

Will the performers sing in English?

The Annapolis Opera performs operas in their original languages, and the vast majority of operas are not written in English. But don’t be intimidated! During the performance, we’ll have supertitles (easy-to-read English translations) projected above the stage, even if sung in English. You’ll never be left in the dark!

Where is the theater?

Maryland Hall for the Creative Arts is located at 801 Chase Street in the heart of Historic Downtown Annapolis.

Where is the Box Office?

Our box office is located on the second floor of Maryland Hall for the Creative Arts.

Where can I park?

Maryland Hall has 4 parking lots available. If you would like to enjoy the city before our performance, there is parking available downtown. For all downtown parking, check Annapolis Transit.

What time should I arrive for the performance?

We suggest you arrive about 30 minutes before the start time in order to find parking, find your seat, and settle in.

What happens if I arrive late?

We regret to inform you that there is no late seating for any of our performances. This is a courtesy to both the singers and other members of the audience. If you should happen to arrive after the opera has begun, you will be asked to wait until first intermission to be seated.

How long will the performance last?

It depends on the production. In general, you can expect an opera to last between two-and-a-half and three hours, including intermissions.

May I take pictures, videotape, or record the performance?

The use of cameras, cellular phones, and any kind of recording equipment is strictly prohibited. As courtesy to our visitors, we ask you to silence all cell phones and pagers during performance. 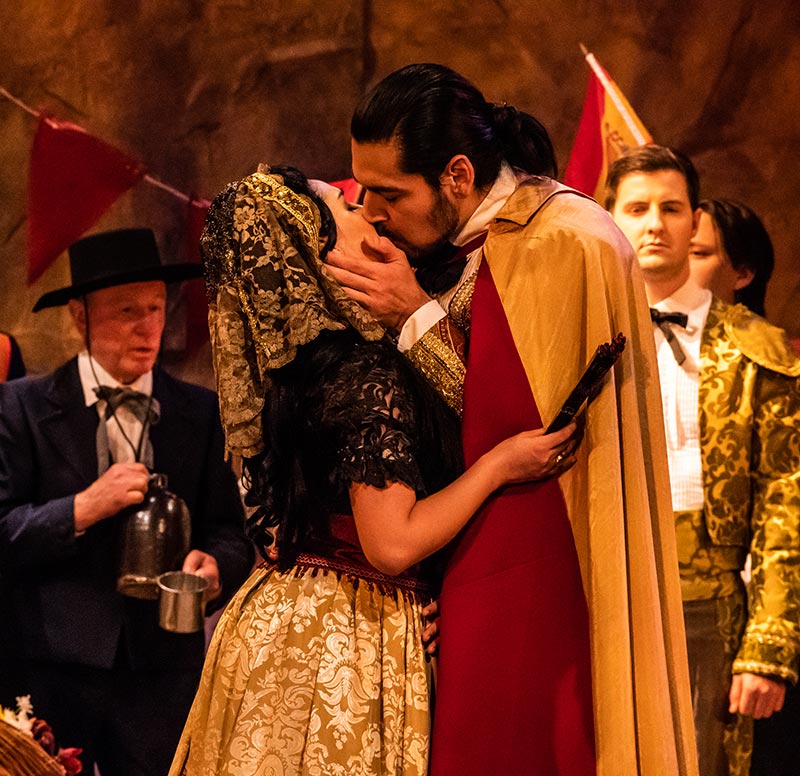